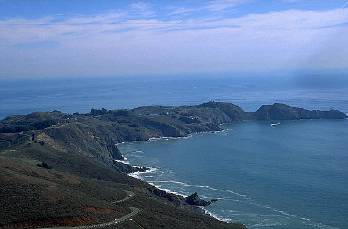 The Outer Continental Shelf Lands Act, created on August 7, 1953, defines the OCS as all submerged lands lying seaward of state coastal waters (3 miles offshore) which are under U.S. jurisdiction. Under the OCSLA, the Secretary of the Interior is responsible for the administration of mineral exploration and development of the OCS. The Act empowers the Secretary to grant leases to the highest qualified responsible bidder on the basis of sealed competitive bids and to formulate regulations as necessary to carry out the provisions of the Act. The Act, as amended, provides guidelines for implementing an OCS oil and gas exploration and development program.

In the late 1800's, the citizens of Summerland, California, began producing numerous springs of crude oil and natural gas. After drilling a large quantity of wells on these springs, early oil drillers discovered that wells nearest the ocean were the best producers. This eventually led to wells drilled on the beach. As oil and natural gas became increasingly profitable, control over these resources became a major issue. The tidelands controversy between the United States and Texas precipitated the OCSLA. It involved a dispute over the title to 2.5 million acres of submerged land in the Gulf of Mexico between low tide and the state’s Gulfward boundary, almost 10 miles from shore. Texas first acquired this land when it entered the Union in 1845, with ownership recognized by federal officials for more than 100 years.

By 1910, America had quickly turned to oil as its primary natural resource, and several innovations resulted: the internal combustion engine, steel cable tool drilling and the first diamond drill (1919). Technology advanced quickly, and for a decade new valves, controls, and drilling control instrumentation were developed. In 1926 modern seismology was created. In the mid-1940s, major changes in the oil industry occurred as America was making its transition from a wartime- to postwar-economy. There was an enormous public demand for oil and gas, and offshore exploration encountered enormous challenges, such as underwater exploration, drilling location determination and offshore communications. By 1949, 11 fields and 44 exploratory wells were operating in the Gulf of Mexico.

As the industry continued to evolve through the 1950s, oil production became the second-largest revenue generator for the country, after income taxes. The U.S. government passed the U.S. Submerged Lands Act in 1953, which set the federal government's title and ownership of submerged lands at three miles from a state’s coastline. The OCSLA was also passed which provided for federal jurisdiction over submerged lands of the OCS and authorized the Secretary of the Interior to lease those lands for mineral development. After the Santa Barbara Oil Spill in 1969, Congress passed several acts which spurred the development of oil spill regulation and research. They included the National Environmental Policy Act, which mandates a detailed environmental review before any major or controversial federal action, the Clean Air Act, which regulates the emission of air pollutants from industrial activities, and the Coastal Zone Management Act, which requires state review of federal action that would affect land and water use of the coastal zone. In 1977, the Clean Water Act passed. The Act regulates the discharge of pollutants into surface waters. 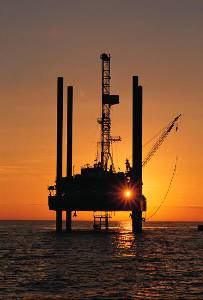 In 1982, Congress passed the Federal Oil & Gas Royalty Management Act, which mandates protection of the environment and conservation of federal lands in the course of building oil and gas facilities. The Secretary of the Interior designated the MMS as the administrative agency responsible for the mineral leasing of submerged OCS lands and for the supervision of offshore operations after lease issuance. On May 19, 2010 MMS was renamed the Bureau of Ocean Energy Management, Regulation and Enforcement (BOEMRE).  On Oct. 1, 2010 the Office of Natural Resource Revenues (ONRR) split from BOEMRE and on Oct. 1, 2011 BOEMRE was divided into BOEM and BSEE.  See the Reorganization page for more information.

Since its original enactment in 1953, the OCSLA has been amended several times, most recently as a result of the Energy Policy Act of 2005. Amendments have included, for example, the establishment of an oil spill liability fund and the distribution of a portion of the receipts from the leasing of mineral resources of the OCS to coastal states.