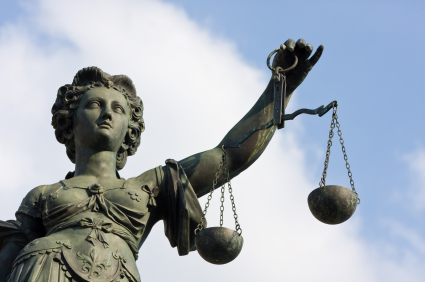 The most important legislation for BOEM is the Outer continental shelf Lands Act (OCSLA), which Congress enacted in 1953. The primary purpose of OCSLA is to facilitate the federal government’s leasing of its offshore mineral resources and energy resources. As the law itself states “ the outer Continental Shelf is a vital national resource reserve held by the Federal Government for the public, which should be made available for expeditious and orderly development, subject to environmental safeguards, in a manner which is consistent with the maintenance of competition and other national needs” (43 U.S.C. § 1332(3)).

In addition to OCSLA, the Submerged Lands Act (SLA) of 1953 grants individual states rights to the natural resources of submerged lands from the coastline to no more than 3 nautical miles (5.6 km) into the Atlantic, Pacific, the Arctic Oceans, and the Gulf of Mexico. The only exceptions are Texas and the west coast of Florida, where state jurisdiction extends from the coastline to no more than 3 marine leagues (16.2 km) into the Gulf of Mexico.

The SLA also reaffirmed the Federal claim to the lands of the Outer Continental Shelf (OCS), which consists of those submerged lands seaward of state jurisdiction. The SLA led to the passage of the Outer Continental Shelf Lands Act later in 1953 (OCSLA). The OCSLA and subsequent amendments, in later years, outlines the Federal responsibility over the submerged lands of the OCS.

The Energy Policy Act of 2005, an amendment to OCSLA, grants BOEM lead management authority for marine renewable energy projects on Federal offshore lands, and other projects that make alternative use of existing oil and natural gas platforms."

On March 10, 1983, President Ronald Reagan signed a Presidential Proclamation (5030) which set up the U.S. Exclusive Economic Zone (EEZ). The EEZ consists of those areas adjoining the territorial sea of the United States, the Commonwealth of Puerto Rico, the Commonwealth of Northern Mariana Islands, and U.S. overseas territories and possessions. The EEZ extends up to 200 nautical miles (370 km) from the coastline. About 15 percent of this area lies on the geologic continental shelf and is shallower than 200 m (656 ft). Another 10 to 15 percent lies on the continental slope and rise, between 200 and 2,000 m (656 and 6,562 ft) water depth. The remaining 70–75 percent is abyssal plain where water depths reach 3,000–5,000 m (9,843–16,405 ft). This Proclamation is important to the Department of Interior because it defines the limits of Federal Authority under OCSLA.

The Oil Pollution Act of 1990 (OPA 90) gave the Secretary of the Interior authority over offshore facilities and associated pipelines, with the exception of deepwater ports, for state and Federal offshore waters. The Secretary in turn delegated this OPA 90 authority to BOEM. The resulting tasks for BOEM include the following:

While the OCSLA defines BOEM jurisdiction and regulatory responsibility on Federal offshore lands, other Federal laws play a significant role in the management of offshore operations. Compliance with the provisions of these laws is a major undertaking within BOEM. Some of those laws are the: