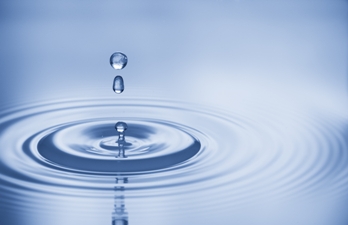 Growing public awareness and concern for controlling water pollution led to enactment of the Federal Water Pollution Control Act Amendments of 1972 (33 U.S.C. 1251 et seq.). As amended in 1977 (P.L. 95-217), this law became commonly known as the Clean Water Act (CWA). The CWA is the principle law governing pollution control and water quality of the Nation's waterways. The object of the CWA is to restore and maintain the chemical, physical and biological integrity of the Nation's waters (33 U.S.C. 1251).

The CWA establishes conditions and permitting for discharges of pollutants into the waters of the United States under the National Pollution Discharge Elimination System (NPDES) and gave the Environmental Protection Agency (EPA) the authority to implement pollution control programs such as setting wastewater standards for industry and water quality standards for all contaminants in surface waters. The CWA made it unlawful for any person to discharge any pollutant from a point source into waters of the United States, unless a NPDES permit was obtained under its provisions.

Under Sections 301, 302, 304, and 306 of the CWA, the EPA issues technology-based effluent guidelines that establish discharge standards based on treatment technologies that are available and economically achievable. Each EPA Region issues permits that meet or exceed the guidelines and standards. It also funded the construction of sewage treatment plants under the construction grants program and recognized the need for planning to address the critical problems posed by nonpoint source pollution.

The EPA regulates all waste streams generated from offshore oil and gas activities, primarily by general permits. The EPA may not issue a permit for a discharge into ocean waters unless the discharge complies with the guidelines established under Section 403(c) of the CWA. The intent of these guidelines is to prevent degradation of the marine environment and require an assessment of the effect of the proposed discharges on sensitive biological communities and aesthetic, recreational, and economic values.

Direct dischargers (an OCS operator, for example) must comply with the effluent limitations guidelines and the new source performance standards in the NPDES permits; indirect dischargers must comply with the pretreatment standards. The most recent effluent limitations guidelines for the oil and gas extraction point-source category were published in 1993. The EPA also published new guidelines for the discharge of synthetic-based drilling fluids (SBF) on January 22, 2001 [66 FR 6850 (January 22, 2001).

Existing point source dischargers (exploratory wells and grandfathered development and production facilities) are regulated using technology-based effluent limitations guidelines (ELG) [40 CFR Part 435]. Regulated wastes include drilling fluids and cuttings, produced water, sanitary wastes, and deck drainage among others. Three broad categories of pollutants are identified in the guidelines: conventional, toxic, and non-conventional, which are described below. The level of required discharge control is dependent on the category of the pollutant.

Toxic pollutants are pollutants or combinations of pollutants, including disease-causing agents, which after discharge and upon exposure, ingestion, inhalation or assimilation into any organism, either directly from the environment or indirectly by ingestion through food chains, will, on the basis of information available to the Administrator of EPA, cause death, disease, behavioral abnormalities, cancer, genetic mutations, physiological malfunctions (including malfunctions in reproduction) or physical deformations, in such organisms or their offspring. Toxic pollutants also include those pollutants listed by the Administrator under CWA Section 307(a)(1) or any pollutant listed under Section 405(d) which relates to sludge management.

Non-conventional pollutants are all pollutants that are not included in the list of conventional or toxic pollutants in 40 CFR Part 401, such as chemical oxygen demand (COD), total organic carbon (TOC), nitrogen, and phosphorus.

New point sources and existing point sources of pollutants have different NPDES regulations. New sources are subject to more rigorous effluent limits than existing sources based on the idea that it is cheaper to minimize effluent pollutants if environmental controls are considered during plant design than if an existing facility is retrofitted. New source discharges must comply with standards based on the performance of demonstrated technology with the greatest degree of effluent reduction. These new source performance standards (NSPS) should represent the most stringent numerical values attainable. NSPS are based upon the best available demonstrated control technology and are at least as stringent as best available technology.

Originally published in 1973 under the authority of Section 311 of the CWA, the Oil Pollution Prevention regulation sets forth requirements for prevention of, preparedness for, and response to oil discharges at specific non-transportation-related facilities. To prevent oil from reaching navigable waters and adjoining shorelines, and to contain discharges of oil, the regulation requires these facilities to develop and implement Spill Prevention, Control, and Countermeasure (SPCC) Plans and establishes procedures, methods, and equipment requirements (Subparts A, B, and C).

The Oil Pollution Act of 1990 (OPA 90) amended the CWA, and provided new requirements for contingency planning by government and industry under the National Oil and Hazardous Substances Pollution Contingency Plan. OPA 90 also increased penalties for regulatory noncompliance, broadened the response and enforcement authorities of the federal government, and preserved state authority to establish laws governing oil spill prevention and response. On July 1, 1994, EPA finalized the revisions that direct facility owners or operators to prepare and submit plans for responding to a worst-case discharge of oil (Subpart D).

OPA 90 gave the Secretary of the Interior authority over offshore facilities and associated pipelines, with the exception of deepwater ports, for State and Federal offshore waters. The Secretary in turn delegated this OPA 90 authority to BOEM or BSEE. The resulting tasks for BOEM include the following: reviewing exploration and development plans, reviewing spill financial liability limits, and certifying spill financial responsibility.  The resulting tasks for BSEE include:  enforcing spill prevention measures, reviewing spill response plans, inspecting spill containment and cleanup equipment.

Section 316(b) of the CWA requires that the location, design, construction and capacity of cooling water intake structures reflect the best technology available for minimizing adverse environmental impact. The regulations are designed to minimize harmful impacts on aquatic life caused by cooling water intake structures. In Phase III implementation of the new standards, certain existing facilities and new offshore and coastal oil and gas extraction facilities are included. EPA has published the third and final part of this rule which establishes categorical requirements under section 316(b) of the CWA for new offshore oil and gas extraction facilities that have a design intake flow threshold of greater than 2 million gallons per day (MGD) and that withdraw at least 25 percent of the water exclusively for cooling purposes. The Administrator signed this rule on June 1, 2006, and it was published in the Federal Register [71 FR 35005, June 16, 2006].

The EPA issues general and individual NPDES permits for a five-year period. These permits are subject to renewal for subsequent five-year periods. General permits are written for a specific industrial category within a limited geographic area. The general permit allows for streamlining of the permitting process for similar activities. Individual permits enhance the protection of sensitive resources while still allowing the development of energy resources. Individual permits provide more opportunity for EPA evaluation and input to OCS oil and gas facility developments.

The final NPDES general permit for existing and new source discharges in the Eastern Portion of the outer continental shelf of the Gulf of Mexico, GMG460000, was issued in January, 2018. The permit expires in December, 2022.  The permit applies to operators of leases seaward of the 200 meter water depth for offshore Alabama and Florida in the Eastern Planning Area and offshore Mississippi and Alabama in the Mobile and Viosca Knoll lease blocks in the Central Planning Area. Region 4 can be found at: https://www.epa.gov/aboutepa/about-epa-region-4-southeast.

The EPA Region 6 NPDES OCS General Permit No. GMG290000 was reissued in October, 2017 and expires in September, 2022.  The BSEE inspectors assist the EPA with NPDES offshore platform compliance.  Additionally, the US Coast Guard Marine Safety Office conducts inspections.  More information about offshore oil and gas discharge permits from Region 6 can be found at:  http://www.epa.gov/region6/water/npdes/genpermit/index.htm.

EPA Region 9 issued a final General NPDES permit for offshore oil and gas facilities located in Federal water off the coast of southern California in December 2004.  On November 30, 2009, EPA issued a modification of the General permit to include the results of a Reasonable Potential analysis, the result of which produced specific water quality-based limits for specific parameters in the produced water effluent for all discharging platforms offshore southern California.  EPA is now in the process of reissuing the General NPDES permit including the collection of public comments (the public comment period closed February 4, 2013).  EPA will then respond to comments and seek a Consistency Determination from the California Coastal Commission prior to reissuing the permit.  The anticipated date of the Coastal Commission hearing is the week of April 8, 2013.  This permit authorizes discharges from all exploratory facilities operating within the permit area and development and production facilities which are not new sources including the following: Platforms A, B, C, Edith, Ellen, Elly, Eureka, Gail, Gilda, Gina, Grace, Habitat, Harmony, Harvest, Henry, Heritage, Hermosa, Hillhouse, Hidalgo, Hogan, Hondo, Houchin, and Irene.  More information about offshore oil and gas discharge permits from Region 9 can be found at:  https://www.epa.gov/npdes-permits/npdes-permits-epas-pacific-southwest.

Two NPDES permits for Alaska oil and gas facilities were issued on Nov. 28, 2012.  There are now two separate NPDES general permits - one for the Chukchi Sea (AKG 28-8100) and one for the Beaufort Sea (AKG 28-2100).  Under these general permits, discharges are authorized from oil and gas exploratory facilities in accordance with effluent limitations, monitoring requirements, and other conditions contained in the permit.  More information about offshore oil and gas discharge permits from Region 10 can be found at:
https://www.epa.gov/aboutepa/epa-region-10-pacific-northwest.