The most well known shipwrecks in the Gulf of Mexico come from a more recent time period, but ships have sailed these waters since the 16th century. Many of these early vessels foundered or ran aground. Though documentation of their exact location is rarely accurate, several of these wrecks, ranging in date from the 16th through the 18th centuries, have been identified throughout the Gulf. 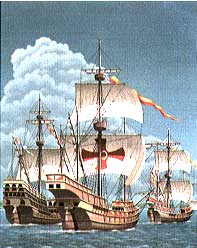 One of the earliest shipwrecks discovered in the Gulf of Mexico was located in Pensacola Bay, Florida, in 1992. The site was identified during a remote sensing survey by archaeologists with the Florida Bureau of Archaeological Research. Over the last nine years researchers from the University of West Florida have conducted underwater excavations of the vessel. They hypothesize that the wreck is the lower hull of a Spanish vessel that dates to the Tristan de Luna expedition of 1559. Analysis of the magnetic signature of this early shipwreck has provided the MMS with valuable comparative data for the review and analysis of shallow hazard and archaeological survey reports.

One of the most significant underwater archaeological finds in North America was made by a team from the Texas Historical Commission (THC) in 1995 in 12 feet of water in Matagorda Bay, Texas. After the team recovered a distinctive bronze cannon bearing the crest of Louis XIV they hypothesized that the vessel was the French ship Belle. The Belle was the smallest of four ships sailed by French explorer Rene Robert Cavelier de La Salle on his ill-fated search for the mouth of the Mississippi River in 1684. The vessel’s mission included the establishment of a colony at the mouth of the Mississippi and trade with the Indians. During the summer of 1996 through the spring of 1997 the vessel was excavated in its entirety and is currently undergoing conservation at the Texas A&M University Conservation Lab. The Belle is the oldest French colonial shipwreck found in the New World, and represents a transition period in naval architecture. Archaeologists from the MMS participated in this important project during the discovery and excavation phases and gained insight into how wrecks of a similar age might appear in Federal waters. 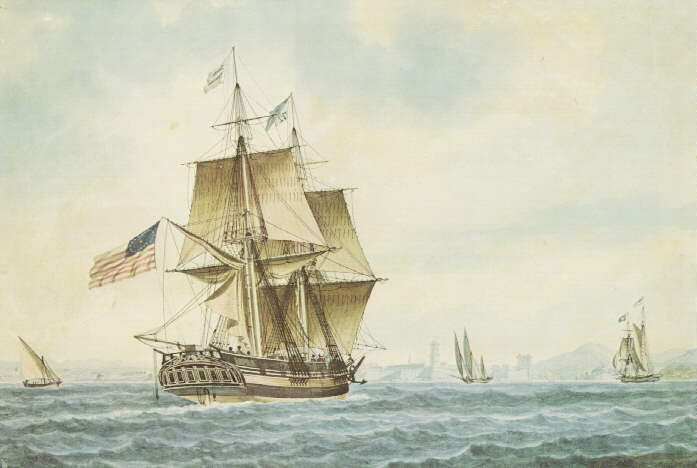 In May 1989 an eighteenth century site was identified off the Chandeleur Islands, east of the Mississippi River delta. The site was investigated by Texas A&M University and published under study number MMS 89-0092. A ballast pile, pottery shards, a lead patch, a lead bilge pump tube, and six iron cannon were recorded during the investigation. No hull remains were found at the site and researchers concluded that the site represented the location of an accidental grounding and discard of unnecessary ballast and ordnance to lighten the ship. This hypothesis was supported by the fact that all six cannon were damaged in some way and, while useless as ordnance, could have functioned as ballast. Interestingly, three of the cannon were of Swedish manufacture and were cast between 1771 and 1784. The research was sponsored by the MMS under permit from the State of Louisiana.

Further Reading on the LaSalle Shipwreck: