Development of an Environmental Assessment

On April 6, 2022, BOEM announced the availability of the Draft Environmental Assessment for the Morro Bay Wind Energy Area (WEA) located approximately 20 miles off San Luis Obispo County, California. The following documents were made available for viewing:

During the public comment period, BOEM hosted two virtual public meetings on April 14 and April 19, 2022 to allow the public to learn more about the EA, ask questions, and provide oral testimony. Meeting presentations and recordings are available under the "Draft EA" tab

In addition to this virtual meeting room, BOEM will host two virtual public meetings to share information about BOEM’s environmental review process and to solicit public input on the Morro Bay Wind Energy Area Environmental Assessment (EA). Each meeting will be recorded and posted to this site. All comments and questions received during the meetings are part of the public record.

Comments can be submitted in the following ways:

During the comment period, BOEM held two virtual public scoping meetings to share information about BOEM’s environmental review process and to solicit public input on what should be considered in the Morro Bay WEA EA.

The Bureau of Ocean Energy Management (BOEM) is preparing an Environmental Assessment (EA) under the National Environmental Policy Act (NEPA) for future commercial wind lease issuance on the Pacific Outer Continental Shelf (OCS) off the coast of San Luis Obispo County, California. A 30-day public comment period to review and comment on the EA closes on Friday, May 6, 2022. The input received during the comment period will be used to inform final preparation of the NEPA document.

2021 Call for Information and Nominations

On May 25, 2021, the Departments of the Interior and Defense and the state of California announced their agreement to advance areas for wind energy development offshore the northern and central coasts of California, enabling a path forward for the Humboldt Call Area and areas within and adjacent to the Morro Bay Call Area.

On July 29, 2021, BOEM published the Morro Bay East and West Extensions – Call for Information and Nominations in the Federal Register, which initiated a 45-day public comment period. BOEM accepted industry nominations and public comments until September 13, 2021.

2018 Call for Information and Nominations

On October 19, 2018, the Bureau of Ocean Energy Management (BOEM) published a Call for Information and Nominations (Call) to obtain nominations from companies interested in commercial wind energy leases within the proposed areas off central and northern California. In addition to nominations, BOEM sought public input on the potential for wind energy development in the Call Areas. This includes site conditions, resources, and multiple uses in close proximity to, or within, the Call Areas that would be relevant to BOEM’s review of any nominations submitted, as well as BOEM’s subsequent decision whether to offer all or part of the Call Areas for commercial wind leasing.

On May 25, 2021, the Departments of the Interior and Defense and the state of California announced their agreement to advance areas for wind energy development offshore the northern and central coasts of California, enabling a path forward for the Humboldt Call Area and areas within and adjacent to the Morro Bay Call Area.

On August 18, 2016, BOEM published a Request for Interest in California Offshore Wind in response to an unsolicited lease request.

California Visual Simulations - In response to stakeholder interest regarding visual impacts from potential future renewable energy development within the California Wind Energy Areas, BOEM undertook a project to develop daytime and nighttime photomontages to simulate what turbines might look like if these lease areas were fully developed.

BOEM is the bureau within the Department of the Interior that oversees the environmentally and economically responsible development of our energy and mineral resources on almost 2.5 billion acres of the nation’s Outer Continental Shelf, or OCS. All our activities are underlain by our robust environmental program, which ensures that we develop and use the best available information in our decision making.

We also consider public input to be a crucial component of safe and responsible offshore resource development. We solicit public comments from a host of stakeholders and ocean users, including the fishing community, mariners, and coastal communities, in our environmental reviews and regulatory programs.

Why is BOEM developing an Environmental Assessment (EA)?

BOEM remains committed to a permitting process that minimizes user conflicts and establishes a strong foundation for wind projects moving forward.  The EA will provide important information regarding site assessment, site characterization, and other ocean users in the Wind Energy Area, in order to assist the decision maker during the leasing process.

BOEM’s renewable energy process includes a phased approach to environmental review.  One NEPA analysis is prepared at the lease sale stage, such as this Humboldt EA.  There is another NEPA analysis done at the Construction and Operations phase, and this evaluation of full project build out is normally through an Environmental Impact Statement.

Why have virtual meetings during this time?

To the greatest extent possible, we are working to maintain services to the American people and our stakeholders, consistent with evolving guidance provided by the CDC and state and local health authorities. As such, we are moving forward with our public meetings in a virtual environment in order to provide information to the public in the safest and most efficient way possible. The public meetings, while virtual, are an opportunity for public involvement and an opportunity to provide comments on the DEA.

Scoping is the phase of environmental analysis under the National Environmental Policy Act where the agency seeks input from interested and affected tribal and governmental entities and the public to help BOEM identify the issues that should be included in the analysis.

What type of input or comments is BOEM seeking?

In this scoping period for this Humboldt EA, BOEM is seeking input on site assessment and site characterization activities, which includes a variety of scientific surveys to gather data on the environment in the Humboldt Wind Energy Area, as well as other uses of the OCS in the vicinity.

How is scoping incorporated into EA?

Scoping comments assist BOEM in determining issues to be analyzed in the EA and in gathering information to support that analysis. An important aspect of input is proposing alternative ideas that achieve a similar purpose as the proposed action. BOEM considers the information provided and issues  alternatives raised from the comments received to ensure a complete analysis of the impacts of site assessment and site characterization on resources in the Wind Energy Area (WEA).

What is the EA intended to do? 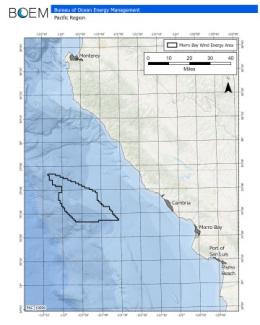 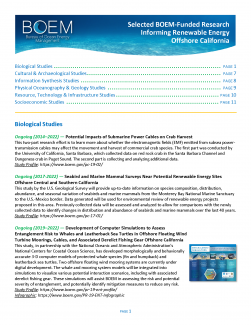 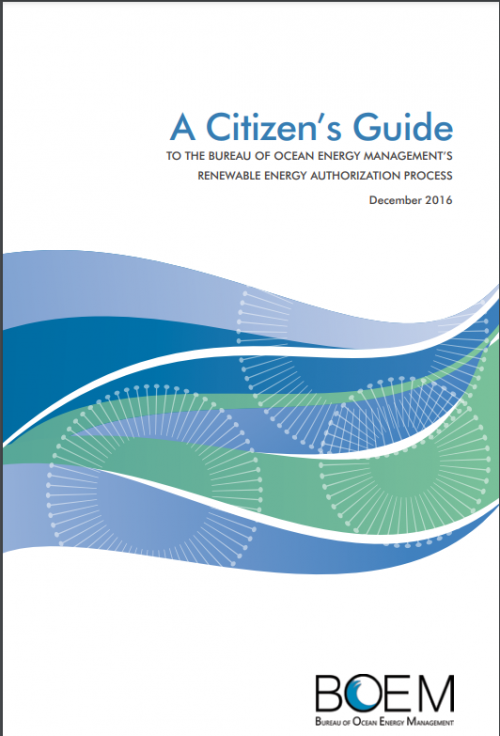 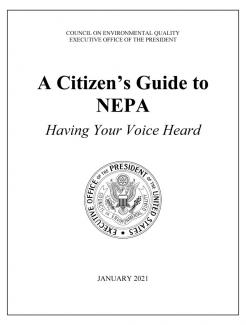 A Citizen's Guide to NEPA 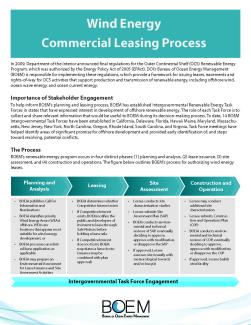 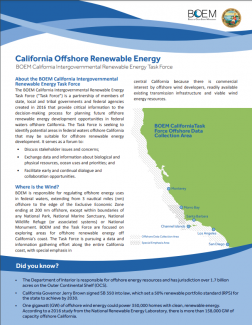